Show at The Neptune with Barrett Martin!!! 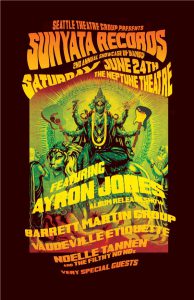 I feel honored to play with Barrett Martin (Screaming Trees, Walking Papers) at his record label Sunyata’s “2nd Annual Showcase Of Bands & Ayron Jones Album Release.” Tickets can be found on the Facebook Event Page. I hope as many friends and family can make it as possible. We will be touring and recording this fall as Barrett Martin Group. The group includes heavyweights Skerik, Andy Coe, and Evan Flory-Barnes. 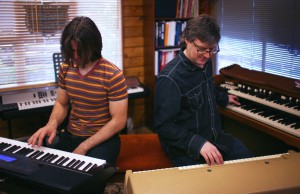 High Wired NoNet Continues to perform all original music Every Last Wednesday of the Month at Black Zia Cantina in Burien. 8-10:15pm.

I recently had the pleasure of sitting in at Mike McCready’s 50th Birthday at The Neptune Theater. Cheap Trick opened the night with an incredible performance. Will jam with those pictured here May 20 and 21 for the annual Flight To Mars fundraiser at The Showbox (Market). See my SHOWS page for links to this and other upcoming gigs… 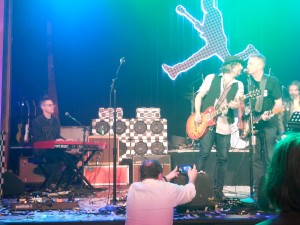 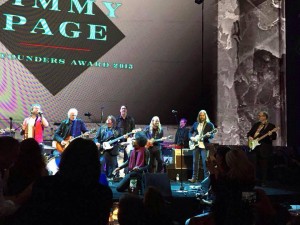 I recently had the gig of a lifetime at the EMP Sky Church, performing for (and eventually with) Mr. Jimmy Page. I was in the house band along with Barrett Martin, Andy Coe, and Duff McKagan. What a thrill. A highlight for me was performing a Yardbirds tune with Rick Nielson, who was the first rock performer I ever saw live (with Cheap Trick).

I recently joined Danny Newcomb and the Sugarmakers, playing organ and guitar. Just in time for the CD and Album releases on Mike McCready’s new record label Hockeytalkter Records, as well as a KEXP live radio gig. It’s been a gas. Upcoming SHOWS are at High Dive Sept 25, and Tractor Oct 24 (opening for Goodness). We had a great time at the 7″ album release at Easy Street Records, resulting in Danny’s vinyl rocketing to #1 in sales, and CD #2 at Easy Street. 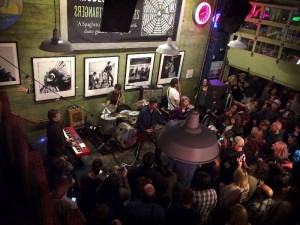 I’ll be backing up Jeff Fielder this Wednesday at the Triple Door along with Andy Stoller, Tim DiJulio and Mike Musburger. Here’s the show link: Nepal Benefit

Electric Circus returned to The Royal Room last night after nearly a two month break from their residency. We recorded tracks at Litho recently, and had a really good time. Here’s a description of the band:

I had the distinct pleasure of performing with Ann Wilson during this year’s Flight To Mars at the Showbox. Lots of Zeppelin! This was my second year playing in the group Flight to Mars. Playing with Ann was definitely a highlight for me this year.

I am pleased to announce my new CD “Birds” is in stock and ready to ship! Though the CD officially releases March 11, 2010, in conjunction with our Tula’s CD Release Party, you can get your copy today! I am very excited about this, as it is my first electric CD as a leader. and it features my longtime friends and bandmates Geoff Cooke, Jose Martinez, and Mark Taylor.

The CD features all original compositions, and is presented in special CD tins packaged and designed by Tina Routt. My 3rd release on Odd Bird Records, “Birds” was recorded and mixed by Josh Evans at Albro Swift Studios, then carefully mastered by Drew Locke of Seattle Drum School. You can purchase the CD directly from this link: http://ryanburns.fourfour.com/discography?id=624 You can also check out samples from the cd there. Thanks for listening and hope to see you at a show!

The Seattle Weekly writes “Burns has a fantastically fertile brain, prodding the music with unexpected voicings and twisted runs; as with the best pianists, his comping is as intriguing as his solos.”

Being John McLaughlin is the clever name for the local ad-hoc sextet tackling the phenomenally complex, combustible, and beautiful music of 1970s jazz-fusion deities Mahavishnu Orchestra. McLaughlin is, of course, MO’s superhumanly dexterous guitarist/leader and one of the catalysts in Miles Davis’s paradigm-shifting electric period. His group’s first two albums— 1971’s Inner Mounting Flame and 1973’s Birds of Fire—remain overwhelming sources of quicksilver inventiveness and spiritual profundity (go to “The Noonward Race” for instant proof) on the level of those early Tony Williams Lifetime LPs, Miles’s Dark Magus, and Return to Forever’s Romantic Warrior.